Six areas of science must be considered during analysis of

Mobile Network Evidence including, among other evidence, 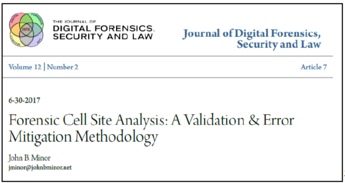 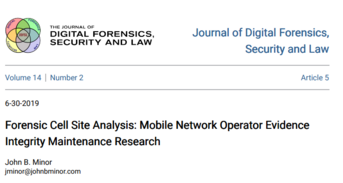 Learn About the History of Integrated Access & Backhaul - Fiber & Microwave 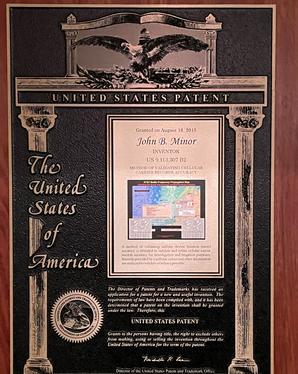 Radio science is central to forensic cell site analysis even though typically less than 5% of the communications path between subscriber device and mobile switching core consists of a radio connection.
Radio frequencies in use, communications technologies utilized, electromagnetic radiation physics, antenna radiation behaviors and other fundamental signal propagation issues must be considered during an analysis.

The impact of precipitation events on meteorological electromagnetic scattering can be inferred through modeling or viewed through real-time sensing to assist in analysis of radio frequency path loss prediction.

Space weather, including both pulsed and cyclical events, is often historically available to review for impactful measurement and determination of radio-wave impairments.

Wave propagation science has a direct bearing on how radio signals propagate between subscriber device and cell site.
The wave function is a key feature of quantum mechanics and radio wave scintillations including reflection, diffraction, refraction, absorption, and other scattering of radio signal propagation at various frequencies, affected by objects in the path between a subscriber device and cell site, determine the extent and quality of cell coverage.
Defined as manmade or naturally occurring objects varying in density and height, morphologies include vegetal, geographic, buildings or other structures, streets, waterways, and much more. Morphologies impact wave propagation and thereby cell site coverage. Antenna wave propagation behaviors must be considered during an analysis.

Metrology, the science of measurement, is utilized in forensic cell site analysis to elevate the accuracy of analytical outcomes.
An obvious example is the use of time and frequency measurements in performing radio surveys for mobile network testing.
Conducted versus Over-the-Air metrology is crucial to understanding the quality and hardiness of base station installations and the likelihood that subscribers will experience stable performance.
Conducted measurements (wired/photonic) such as reflected power, transmitted power, insertion loss, gain, distance to fault, and cable loss power measurements are critical to determining the health of base station feeder and backhaul cables. These cable connections degrade with weather exposure and aging. Initial installation or upgrade issues raise the question of testing for crossed-feeder cable connections at base stations, which not only affect the performance of the mobile network but also result in erroneous Charging Data Record entries that, when used as evidence in civil or criminal litigation, may result in high human or financial cost.
OTA radio spectrum monitoring and interference detection, functional testing and antenna measurements are critical to the ability of cell phones to detect base station signals and connect to the mobile network. Degraded OTA performance will impact quality of service, handoff, dropped calls and detected service outages are critical to determining forensic analysis outcomes.

Computer science is fundamental to how the network elements that comprise the mobile network function and how accurately the MNO/MVNO subscriber device activities are logged to eventually become evidence in criminal or civil litigation. A thorough understanding of the Transmission Control Protocol/Internet Protocol, addressing schemes, composition of the Internet including network elements, switched packet flow, and routing protocols is essential to understanding both computer and photonic sciences. An understanding of peering, transit and service level agreements enhances understanding and lucidity regarding potential pathing issues that sometimes result in communications session sequencing irregularities.
​​